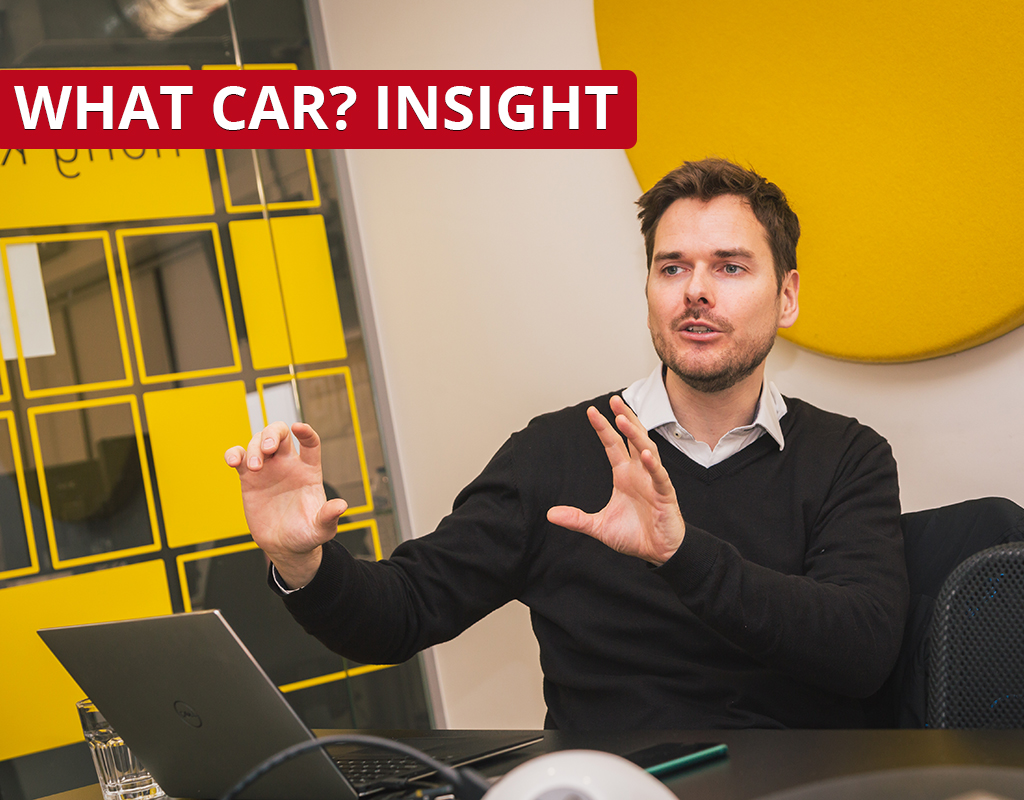 Scott Gairns is the managing director of Sophus3, a leading digital intelligence firm operating in and around the automotive industry for manufacturers, retailers, brokers and publishers.

The company’s work is well known in the sector, because it has successfully persuaded groups of firms working in the same field to share their digital data for confidential analysis, allowing benchmarking against an industry standard and the quick identification of both successes and failures.

Here, Gairns explains the business and some of the learnings he has taken from data it has recently analysed.

Tell us about Sophus3’s journey to where it is today…

“The original plan was to set up an online car buying portal at the turn of the century; everyone thought cars would be sold on the internet or by phone, and the European manufacturers started working together to build a competitive platform to do that.

“They were working with some big brands: Mercedes-Benz, PSA, Ford and more. But all of a sudden the profit warnings started racking up; the internet bubble was about to burst and this big plan fell down.

“But they didn’t give up; they just pivoted. The industry still had big challenges, ranging from measuring online success to measuring the impact of their websites. Just measuring any basic figures of digital performance was tough. So that’s what Sophus3 became.”

How did the business grow?

“It took time, but more and more manufacturers agreed to tagging their websites so that we could benchmark digital performance. It had to be collaborative between the manufacturers so they could understand what ‘good’ was.

“My involvement started around this time. I’d previously worked in the digital field for banks. I had digital expertise and Sophus3’s founders had automotive expertise. It was a good combination. When I started, we worked with eight manufacturers; now it’s 30.”

Do you work only with manufacturers?

“No, far from it. We also work with publishers, leasing firms, asset management firms and brokers. The idea of digital measurement is applicable to many industries, although our focus has been on automotive.”

“Each new sector of the industry we work in builds our knowledge. By working with publishers, for instance, we can understand where people start the journey to buying a car, what they look for, what their pain points are, what influences their decisions and so on.”

How do you interpret what must be a mountain of data?

“It’s true that we have more data than time to work on it. Every year, there are about 18 billion interactions with automotive websites; that’s a lot to measure. The level of granularity we have is really deep, and if I’m honest, I feel we aren’t utilising it as much as we could. But the intention to do more is there, and already the opportunities with what we do have time for are incredible. It’s such an insightful, exciting and evolving part of the business, full of opportunity.

“The key is that if an automotive manufacturer were to look only at its own data, it would receive about 10% of the total picture. By collaborating, they can look at 100%. A simple example: looking at your data, you might panic if test drive requests have fallen by 5%, but if you see the whole market is down 10%, you can be far more efficient with your energy.”

How did you persuade so many competing firms to work together?

“The key thing is that we proved that we were successful and trustworthy doing it. Today, we have about 75 employees, we are privately owned and we don’t have any conflicts of interest, because we aren’t part of a bigger organisation. We are based in the UK and Germany and we are very open.

“It also helps that the car firms are starting to realise they aren’t necessarily competing with each other so much these days. Their greatest competitors are likely to be Apple, Google and eBay, for instance.”

Can you give us an example of how your data has changed how manufacturers act?

“A classic example is the look and feel of a website. So many firms lose sight of what it is they actually want to achieve.

“It’s a trend that fewer people are using manufacturer websites, and one of the reasons for that we see is the sites are turning into marketing-led creations. The look and feel and overall design are meant to reflect what the marketeers think an aspirational brand is, but they lose sight of the fact that the website is also meant to help and inform people, or to push them to make an action, like configuring a car. Functionality is sacrificed for image, and that’s a mistake.

“When you’re looking to buy a car, you want substance; you don’t care about the picture of the person unloading their surfboard from the boot. If you wanted nice pictures, you’d go to YouTube. This is the curse of creative agencies getting involved too late: so often, a project is briefed well but morphs into something else.”

The car industry is undergoing unprecedented change. Does this alter consumers’ desires?

“In many ways, yes, and we can see it now. Take electrification as an example: some electric car buyers have many more questions than traditional car buyers. How do you answer them? The solution is to have a well-informed live chat. We can see that in the data.

“Then there is a shifting of consumer requirements, and the smart companies are rebalancing resources as a result. We can see the number of visits to a retailer’s dealership falling and, at the same time, the number of digital enquiries rising, yet some still complain the digital leads are low quality. We can see when people are searching online and want help, and when they go to dealers. For instance, Saturday is the lowest day for traffic to manufacturer websites.”

Does that require dealer staff to have different skill sets?

“Yes, and the data backs the move towards at least a mix of product experts – who are there only to inform – and sales staff.

“The feedback is clear: sales staff struggle to do both roles. The car is changing so much and so fast that being on top of the facts and figures is hard enough, let alone then trying to do all of the day-to-day roles in terms of selling cars.”

Looking at the data, what’s the main advice you’d give anyone working in the car industry?

“Go out there and try to buy a car, in a dealership, in a brand store, online or over the phone. Just put yourself in the shoes of the consumer you’re trying to sell to once in a while. So many people in the industry have a new car delivered to them every six months, but while they may put an order in themselves, it’s from an ivory tower and in a system rarely related to what customers experience.”

And what do you see as the main challenge?

“Traditional car companies are facing many challenges, and not just the external ones such as falling sales, diesel collapse, Brexit and so on. They have to focus on things like digital transformation, being omnichannel and using digital insights rather than just hunches. There’s so much change and so much expense.

“Imagine trying to do that while keeping your traditional plates spinning. It’s a wonderful opportunity if it can be taken, and many start-ups are jealous of the profitability of these companies, but keeping everything going on one side while trying to transform on the other is far from easy.

“I think the ones who will succeed are the ones who will split the business in two and let the new business run by itself without any conflict of interest. The example I always use is that of a salesman faced with a customer trying to buy an electric car. What will be his natural instinct? To get them into a combustion-engined car, because it’s likely to be easier and certainly more profitable.

“But that mindset is short term. And it’s a good metaphor for how anyone in the industry who wants to survive needs a laser focus on the long term.”

Sophus3 Reveals the Winners of the Automotive World Cup 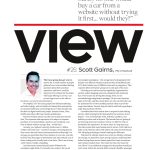 Surely no one would buy a car from a website without trying it first…would they?