This means that manufacturers in both cases do not necessarily know which of their online marketing activities are generating sales, so they need detailed analysis to see if their efforts are working.
Sophus3 previously set up eDataXchange, a similar collaborative project for the car industry, which now has dozens of companies taking part including Audi, Volkswagen and Ford.
That service, running since 2003, is available in the UK, France, Germany, Italy, Spain, the Netherlands, Poland, Russia and Australia.
Realising the method might be transferable to asset management, Sophus3 partnered with London-based marketing advisory firm MediaSense to set up MS3 Insight this year.

MS3Insight is talking to several more asset managers about joining the scheme and is ready to launch in more European countries as soon as members give the go-ahead.
Members can log in to a website where they see detailed online traffic information for rivals’ websites, right down to engagement rates on pages referring to individual firms, and including data on what type of audiences – individual investors, retail or institutional – are viewing them.
They can also see traffic on companies’ pages on Trustnet, a popular fund information website, and can see where their rivals are getting traffic from, such as social media, advertising or search, plus the type of devices that readers are using.
All the information is gathered by MS3Insight’s own trackers, so the figures are directly comparable with each other.
MS3Insight is planning to add fund flows data and social media analytics to the system.
Demand for the system exists because companies are eager to improve their digital marketing and focus their efforts more precisely, says Mr Brown.

“[Asset managers] would readily admit that their own broader adoption of digital media is not where other industries are,” he says.
“This information also acts as a catalyst to build business cases internally.”
The online behaviour of potential customers can also offer clues to their behaviour offline, he adds.
Another six to seven asset managers in the UK are in talks about signing up, while preparations to launch in more countries are under way, says Mr Brown.
“Some of our participants have asked us, ‘When are you going into Europe?’ It is absolutely our intention to extend into Europe as soon as we have enough members signed up to make the data robust,” he says.

Source : http://igniteseurope.com/ – A publication of the Financial Times 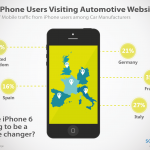