Car manufacturers are using new modular vehicle platforms to offer an ever increasing range of products. In this extract from a longer article that appeared in the May edition of Auto Market Intelligence, Paul Rutishauser looks at some of the problems this creates for vehicle marketeers.

Filling the matrix
From the mid 1990s all car brands  — but particularly the premium marques — began to reorganise their model ranges into simplified matrices with naming conventions that were intended to be easily understood by consumers. The model identifiers they adopted spelt out with monosyllabic clarity the hierarchy of their products. For example Audi and BMW chose rising numeric scales — A2, A3, A4 / 3 Series, 5 Serie, 7 Series etc. — whilst Mercedes-Benz opted for an alphabetic nomenclature — A-Class, B-Class, C-Class and so on. Since then these brands have gone head-to-head to populate and extend the matrices of possibilities these names suggest. As the illustration of the development of the Audi range shows, the speed and extent of these brands’ model proliferation has been quite staggering.

Logic
Initially the process was both logical and sensible: for example, Mercedes, BMW and then Audi all successfully entered the SUV market, between them defining, then stretching, what might have previously appeared an oxymoronic concept, the ‘premium/luxury off-road’ vehicle. Similar forays were made into other market segments: Mercedes SLK, BMW Z3 and Audi TT brought small roadster / coupes into the premium mainstream desired by a broad ‘executive’ demographic, rather than the quirky choice of a marginal ‘enthusiast’ audience. This extension of their model ranges meant that all the premium brands increased their market share during the endless sunny days of the noughties economic boom, becoming, in all but name, volume brands. The advent of new modular production strategies allows these brands to both further extend and backfill these matrices, shoehorning in new model lines and populating each ‘cell’ in their model matrix with an appropriately sized, priced and correctly labelled products.

Niche marketing?
Manufactures talk about this proliferation of products as servicing specific ‘niches’, but such a description is becoming increasingly questionable.
Niche marketing traditionally works around identifying a subset of potential customers with common requirements whose needs are not currently met, then tailoring both product and marketing to sell to that group. A very simple example of a niche for the automotive industry might be ‘caravan owners’. This group of consumers has clear requirements for a vehicle — large, stable, possibly all-wheel drive, with powerful engines and good low-end torque. But, equally importantly when defining a market niche, is the ability to reach the relatively small number of consumers for the product cost-effectively. Again in the case of caravan owners this is fairly straightforward: specialist magazines, membership organisations, and a multitude of events allow marketeers to create a fairly low-cost mix of activities to reach those consumers. A niche product, one aimed at a small number of people, only works if the ‘market’ part of the equation is in place: a group of similar, potentially responsive consumers who can be reached without recourse to expensive, mass marketing techniques.

For the automotive industry ‘niche markets’ need not be as crudely literal as ‘caravan owners’: ‘working mothers with more than two children’, ‘double income gay couples in civil partnership’ are just two examples of groups whose members may share similar needs and aspirations, cultural mores, as well as associative behaviour that both products and campaign activity can be tailored toward.

Eurek-ah?
The German premium brands have recently commenced a turf war around a newly discovered ‘niche’ : the ‘premium compact sports sedan’. Mercedes-Benz laid out the terrain with the launch of its CLA model in January, a car derived from the new A-Class.  Audi responded in April with previews of its identically positioned A3 Sportlimousine — which will be another notch for the MQB platform. BMW is meanwhile planning the launch of its offering, the NES ‘New Entry Sedan’, for 2016 — a front wheel drive car that will utilise the same architecture as the next generation Mini.

But it is difficult to see how any of these products could be described as ‘niche’? What is the distinct need that has been identified and is being met through these products? What is the audience for these products that is self-defining in any way?
The Audi UK spokesman’s comments about the A3 saloon, quoted in ‘Business Car’ Magazine, are revealing:

[blockquote author_name=”” width=”5%” float=”left”][/blockquote]Look at the present market and the past market — it’s very hard to see where this car fits, particularly because there once was no premium compact market at all. Cars like the BMW 1 Series, A-Class, Volvo V40 and the Audi A3 just didn’t exist. Judging by past success and looking into the present market you would say ‘there’s no business opportunity’ [for a five-door hatch] but now we’re selling north of 30,000 A3s and A3 Sportbacks every year, so sometimes it’s possible to create a market segment and maybe we’ll see something similar with the A3 saloon… The D-segment [upper medium] has always been a big sector in the UK, so why shouldn’t we be able to sell a few A3 saloons?

This is niche marketing in reverse: first make your product, then hope that a market will somehow coalesce around it. 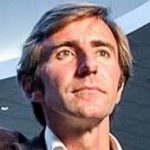